We look forward to welcoming you on the tour.

Map of the tour 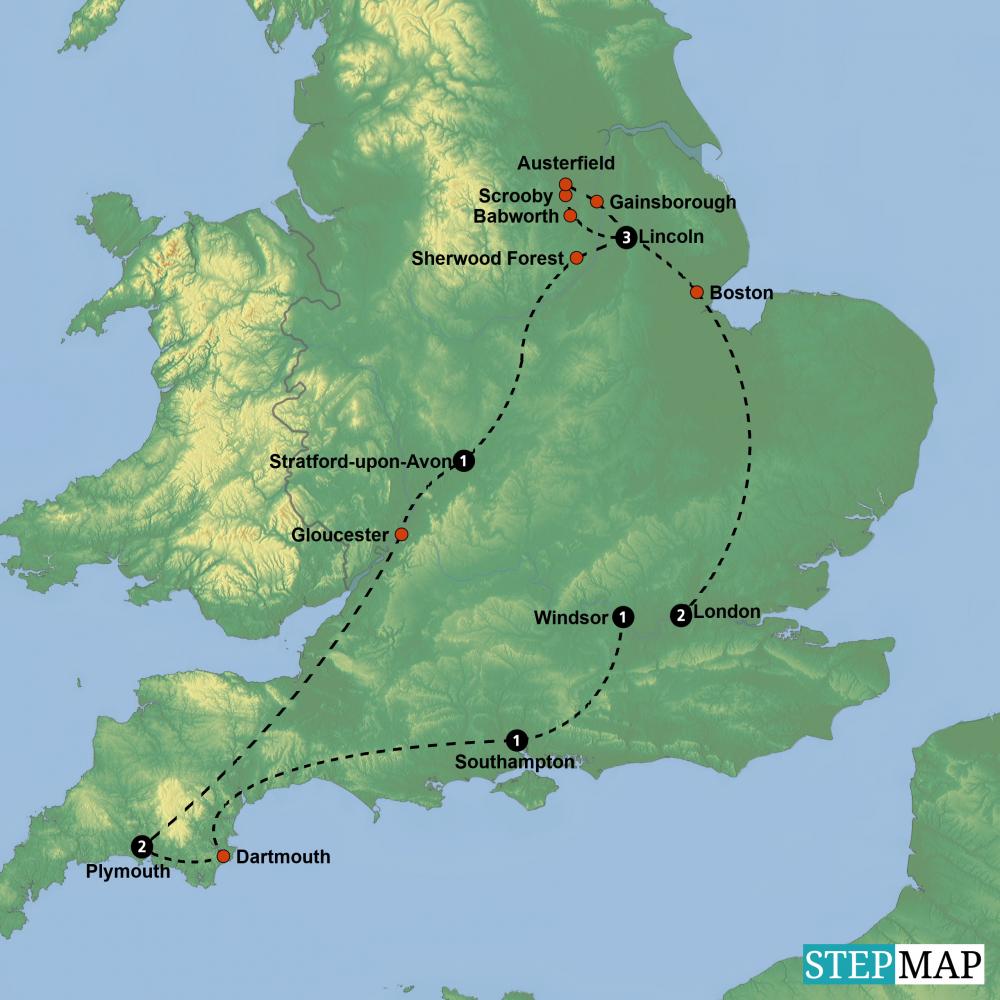 Click on the map to see a larger version. The numbers refer to overnights in these locations.